The White House continues to see an upward trend in new cybersecurity practices governmentwide, but the Obama administration is finding that not all agencies are living up to the cyber standards it set forth in last year’s cross-agency priority goals.

Published with the 2015 budget, the cross-agency priority (CAP) goals focus on longstanding and critical issues affecting agencies across the federal government. Cybersecurity — one of the first mentioned of the White House’s 15 CAP goals — is a mission-based goal to “[i]mprove awareness of security practices, vulnerabilities, and threats to the operating environment, by limiting access to only authorized users and implementing technologies and processes that reduce the risk from malicious activity,” according to a goal statement. It says the president views cybersecurity as “one of the most serious national security, public safety, and economic challenges we face as a nation.”

NORTH KOREA IS REPORTEDLYdoubling the number of its highly skilled cyber soldiers while still denying claims that it ever maliciously hacked anyone.

In case you missed it, North Korea has been accused of hacking like a dry cough. The country has had more fingers pointed at it than a button, and has got rather comfortable with denyingaccusations that it has done things like tear apart Sony Pictures Entertainment.

Now it is accused of doubling its cyber warfare posse, called Bureau 121, which the last time anyone checked was made up of some 3,000 skilled staffers.

Today, according to reports, including this one on Reuters, that number is 6,000 if South Korea is to be believed.

A white paper from the South Korean Defence Ministry said that the enlarged unit will be used to bring mischief on the South, and possibly other countries and their utilities. 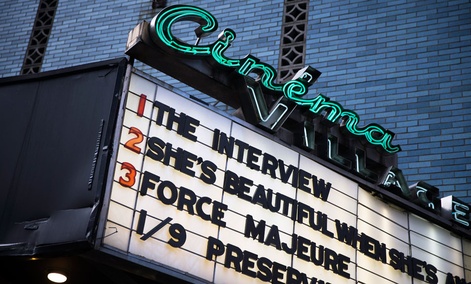 The Sony hack copied a multinational company’s financial documents, its employees’ personally identifiable information and years’ worth ofembarrassing – and poorly written, it must be said – emails from high-level executives and released them all for the world to see.

But for many cybersecurity observers, the real eye opener was how the hack illustrates today’s cyber landscape: It’s likely to get worse before it gets better.

A growing collection of high-level computer security experts believe evidence points to aninsider-orchestrated attack, while the U.S. government quickly blamed and sanctioned North Korea, whose leader, Kim Jong-un, is portrayed in an unflattering fashion in the Sony-backed film, The Interview.

Meanwhile, as Sony’s image continues to tarnish with each leaked, scandalous revelation, the company experienced an added layer of suffering other data-breached companies — Target, Neiman Marcus and Home Depot — had avoided.

As if we needed a case study to show us, we saw, with vivid clarity, what can happen when hackers run amok inside servers and start sharing confidential business content with the world — and we learned it gets ugly in a hurry.

We’re less than a week into the new year and already we’ve seen a major Bitcoin attack. You know that it’s only a matter of time before we hear about the next catastrophic system assault. It’s a bit like cybersecurity roulette. We keep spinning the wheel to find out who the next victim is.

The question is, why are we still so vulnerable, and why is the industry not banding together to solve this once and for all? Security matters to everyone from governments to finance to private sector companies of all sorts. Nobody wants to be the next JP Morgan, Home Depot or Sony. Yet everybody seems equally vulnerable. That’s why we must work together and put the best minds to bear on the problem to figure this out. The trouble is these are dreadfully difficult problems or we would have solved them by now.

The November hack of Sony “resulted in the destruction of about three-quarters of the computers and servers at the studio’s main operations,” David Sanger and Michael Schmidt reported this weekend in the New York Times.

American officials had previously concluded that North Korea was “centrally involved,” and intelligence officials told the Times that the US intelligence community “concluded that the cyberattack was both state-sponsored and far more destructive than any seen before on American soil.”
Read more:

In 2015, more cyber criminals will turn to darknets and exclusive-access forums to share and sell crime ware; increased cyber activity will translate to better, bigger and more successful hacking tools and attempts; and exploit kits will target Android as mobile vulnerabilities play a bigger role in device infection. This is all according to Trend Micro, a global developer of cyber security solutions.

North Korea has set up a dedicated military team given the task of keeping The Interview away from the eyes of its citizens.

Pyongyang has been widely blamed for a crippling cyber attack on Sony Pictures in an effort to halt the release of the film, a slapstick comedy starring James Franco and Seth Rogan that portrays the killing of Kim Jong-un, the North Korean leader.

Under pressure, Sony reversed an earlier decision to cancel the film and its notoriety immediately raked in $15 million in the first four days after it was made available online. More than 330 cinemas across the US also showed the film, earning Sony an additional $2.8 million in the same time frame.
Read more

Sony chief Kazuo Hirai spoke for the first time publicly about the cyberattack that derailed launch of the controversial comedy “The Interview,” calling the assault “vicious and malicious.”

Hirai thanked supporters who stood by the company in the face of the devastating cyberassault, including employees and moviegoers who saw the film when it finally hit theaters.

“Freedom of speech, freedom of expression, freedom of association — those are important lifelines of Sony and our entertainment business,” Hirai said at a press event Monday.
Read more

Reports of security breaches reached new heights in 2014, following the iCloud and Sony hacks. Many consider the Sony hack to be the worst cyberattack in US corporate history.

And it looks as if these attacks are having a direct impact on the amount companies are spending on computer security.

According to a survey by Piper Jaffray, security was ranked as the top spending priority for CIOs this year, with a whopping 75% of the respondents saying they would increase spending in 2015.

The PureFunds ISE Cyber Security ETF (HACK) continues cementing its status as a the preeminent avenue for ETF investors looking to profit from the cyber security spending boom as highlighted by today’s news that HACK has topped $100 million in assets under management.

HACK needed just six weeks from its Nov. 12, 2014 inception to reach the $100 million in AUM milestone, making the fund one of the fastest-growing and most successful ETFs to come to market last year.

“We believe HACK targets one of the essential global industries at a critical time and are thrilled that many investors are in agreement with this belief. Despite the typically low volume holiday season, we have been impressed by the daily volume HACK has maintained,” said PureFunds CEO Andrew Chanin in a statement.